skip to main | skip to sidebar

Just wanted to give an update, as the excitement & anticipation builds.  We've tracked all the parts, we still have a guest musician yet to in to do a few banjo rolls, but other than that - we have finished the recording process!  Our engineer,  John Wright, has been mixing a little as we go, so the final mixing process should move fairly quickly.  I have to say, this is going to be our best album yet, and by a long shot.  There is a strong influence from all the band members and that helps shape the music.
The photo work, which is unbelievably cool, being done by Steve Wolf at Other Side Images, is almost complete. Steve has helped us on every project from the beginning, and his work is fantastic!
Thanks to the generous outpouring of support from everyone who helped us with our Kickstarter campaign, we are still on-track to release the album at the end of July.   So keep your eyes and ears out for "The Devil or the Barrel" - the new Album from the all-new Langer's Ball.
Posted by The Langer's Ball at 7:44 AM No comments:

Back Us - We're back in the studio

We are back in the studio, and we brought the full band with us!  We are shooting for a July release, which is right around the corner!  Check out our kickstarter campaign and you can pre-order the new CD and help us pay our bills all at the same time!  Check it:

This is not a request for a donation, everyone who helps back this project get really good stuff! $15.00 get you the CD shipped right to your door, and so much more.  Please back us up!  Only 8 days to go!

Posted by The Langer's Ball at 1:01 PM No comments: 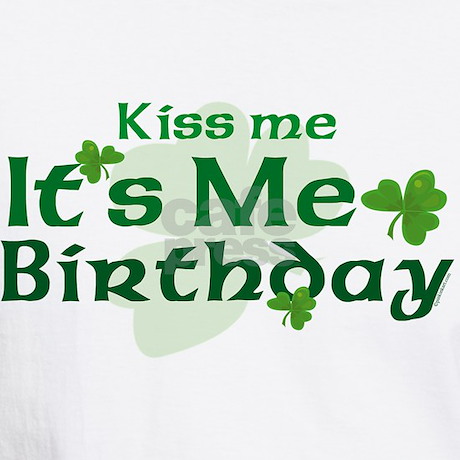 We're celebrating Hannah & Trevor's Birthdays!
Come out and rock out to Sweet Mamma J. and The Langer's Ball Full Band on Feb 17th at Lee's Liquor Lounge
$5.00 get you in the door for a great night of music, dancing and a whole lot of Irish Punk Rock Fun!  Sweet Mamma J. will satisfy your rockabilly soul, and we'll kick your liver into high gear getting you warmed up for St. Patrick's day!

If you missed The Full band Debut last month, don't miss this show.  The new band is better than ever with new original material and great new arrangements!  So mark off Feb 17th on your calendar, and plan on getting out to Lee's for some great music!
Posted by The Langer's Ball at 4:12 PM No comments:

We are honored with a really nice review from Celtic-Folk-Punk , a great blog & zine about Irish Punk Rock music.  Based in Spain, they've been writing about our genre of music since at least 2009, and they really know their stuff, which is why we're proud to share their review of our new Live CD with you.

"As a rule, I am not typically one for live records. But Wait! Hang on, hear me out! I have always seen an artist’s release, (or “album,” as we used to call them,) as an collective statement: a work of art. Some hits that are well-received and popular tracks are great, but B-sides and deep cuts, to me, provide each work of recorded material with a personality. I love that. A full-length recording SHOULD be assembled with thought going to the order of the tracks, the mood of the songs and how they flow into each other.Also, the bands that recorded them, the authors that wrote them, the mixing and production process, that whole gamut, this was all done to realize an idea of each song, and the recording as a whole. It gives a sense of flow, a cohesiveness that can make a collection of songs into much more.But wait! I also love live shows! The energy and passion that a band can produce from sheer enthusiasm, synergy between performers and audience, the camaraderie amidst the revelry amongst the crowd. It is a great experience.However, a lot of the things that I love about live shows, and a lot of the things I love about studio releases are typically missing from your average "live CD," (this usually also applies to “Greatest Hits” and various artist compilations.)Now, this may just be my own personal perspective, but I felt it necessary to mention where my head was at as I listened to the new live CD from The Langer’s Ball. Minnesota’s The Langer’s Ball have released a new recorded-live-on-St.-Patrick's-day CD, Drunk, Sick and Tired. Originally a duo, Hannah Rediske and Michael Sturm have been banging out the Irish Punk sound since 2007, playing major gigs all over the midwestern U.S.  and have released two very well received releases, 2008’s As I Roved Out and 2009’s Ships Are Sailing. Along with Sturm and Rediske’s guitar, mandolin, vocals, accordion, and penny whistle,  Drunk, Sick and Tired sees the addition of bass guitar, electric guitar, drums &  additional backing vocals seeing the Ball take on the form of a quintet.The result is a very enthusiastic live collection of songs, versions of well known numbers, mostly tradition ones, all punked up and blasted through with a special kick on the keister.As I said, I am not typically a fan of live recordings, but listening to Drunk, Sick, and Tired DOES make me wish I was at this show. It sounds like it was a blast!So, if you like live recordings and look for CDs that capture a band’s performance highlights, AND like hearing amped up versions of some classic songs, then The Langer’s Ball’s Drunk Sick and Tired would probably scratch you right where you itch!It should also be mentioned that Drunk, Sick and Tired was included in both Shite ‘N’ Onions AND PaddyRock.com’s top 10 of 2011 lists!  So there!"
Posted by The Langer's Ball at 5:05 PM No comments:

WOW! Thanks for showing up, what a great show!

Thanks to everyone who showed up last night.  We had over 130 people at the start of our show, and the bar said there were over 200 through the door last night!  And, what did I tell you, aren't we lucky to be joined up with such great musicians!  We had a blast last night, and I hope you did too.  The Ne'er Do Well's warmed the crowd up with ease and The Broken Bicycles finished off the night perfectly.  We'll be posting pictures and video as soon as we can get through the stuff, so stay tuned.  And if you missed last night, we've got another show scheduled at Lee's Liquor Lounge in Minneapolis of Feb 17th with Sweet Mamma J.!  We are celebrating Hannah & Trevor's birthdays that night, and it is 1 month from St. Patrick's day, so we are calling it "St. Practice Day"  so c'mon out!
Posted by The Langer's Ball at 3:15 PM No comments:

Here we go again!  Hey folks, you may have heard the rumors, and, Yes, they are true!  We have a great new Full Band, and we think you're gonna love them like we do!  Introducing Derek Jaimes, a former drummer of fellow Celtic rockers, The Wild Colonial Bhoys, Drew Miller, Bassist & leader of the legendary Rock'n'Reel band Boiled in Lead, and Punk Rock & Rockabilly Guitarist, Trevor Jurgens who has played with countless bands including A-Bomb Nation, The Spent .50's, Hot Rod Hearse and Code 13!
Well, come see for yourself, we've got our debut show on Friday, Jan 27th at The Wild Tymes in Downtown St. Paul.  There is no cover for the show and we'll be joined by our friends The Ne'er Do Well's and The Broken Bicycles!  Come hang out with us and check out what we've been up to!
Posted by The Langer's Ball at 5:10 PM No comments:

Wow!  We made Shite'nOnions best of 2011 list too!  1st PaddyRock.com gave us this honor, now Shite'n'Onions too!  If you don't know Shite'n'Onion, they have been bringing us killer Irish Punk music from around the world, practically since the internet began!  I love these guys, and I really respect them too, so it's a great honor to be included in the best of 2011 list for our new Lice CD "Drunk, Sick, Tired"!  We were hopeful because they've been spinning our CD in their latest podcasts, and we really can't thank them enough!
Posted by The Langer's Ball at 1:17 PM No comments: